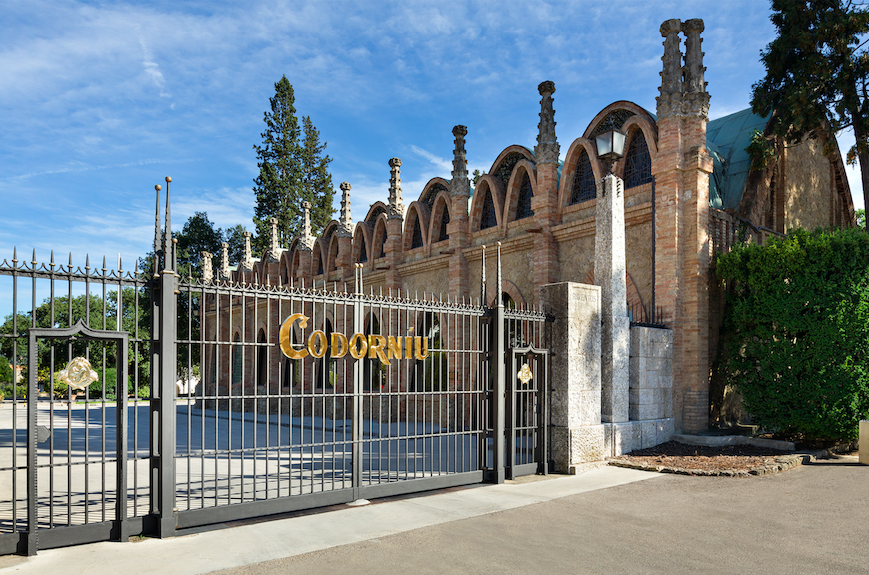 NAPA, Calif., June 24, 2020, 10:00 AM – The Raventós Codorníu Group announces Sergio Fuster’s appointment as CEO of the company. Fuster, who was until now global CMO (Chief Marketing Officer) of The Kellogg Company, will be leading the group starting in September. The executive will be the global leader of the oldest winegrowing company in Spain, which includes renowned international brands such as Raimat, Codorníu, Legaris, Bodegas Bilbaínas, Parxet, Tionio, Abadia de Poblet, Scala Dei, Raventós de Alella, Portal de Montsant and Mont-Ferrant, amongst others.

Born in Gandía (Valencia), Sergio Fuster holds vast international experience in the consumer goods sector, where he has built a successful career over 20 years. An expert in the strategic development and expansion of large multinational corporations, Fuster has not only worked at The Kellogg Company, but also in companies such as Procter & Gamble, United Biscuits and Danone. At the latter, he was President of the company’s dairy division in the US and positioned the brand as market leader. In addition to his experience in Spain and almost a decade in the US, he has led companies in Mexico, UK and Switzerland.

Sergio Fuster is joining Raventós Codorníu as part of the strategic plan the Company is implementing with the purpose of leading the global market of premium wines and cavas. With this move, Raventós Codorníu is showing its commitment to leadership, while building high-quality brands and boosting the international expansion of its wineries. As Sergio Fuster says, “It is an honour to join such an iconic company as Raventós Codorníu, with an enormous potential for development and value creation across its various categories, which include both premium cavas and wines. The company has always been well known in Spain and has the potential to accelerate even further internationally.”

As planned, Ramón Raventós will continue as Director of Business Development and shareholder in the company, since he has successfully completed the first stage of the strategic plan during his term as CEO. During this first stage, Mr. Raventós led the transformation of the winegrowing company, building a powerful international team and reinforcing the commitment of this centuries-old company to its origins and terroir.

Ramón Raventós said: “It is a pleasure for me to hand on the baton to Sergio Fuster as the leader and top executive of the company.” He added that “Sergio is a person with vast international experience and leadership skills who will undoubtedly help us to expand our company, add value to our brands and grow.”

Raventós Codorníu is the oldest wine and cava businesses in Spain, and it is a hallmark of continuity and innovation while being true to its origins. The company’s history dates back more than five hundred years, and its experience merges tradition and modernity. Thus, Raventós Codorníu have become the leading wineries in their winemaking regions, while having the capacity to innovate and meet the growing demand for unique cavas and wines. With over 15 iconic wineries across Spain, Argentina and California, as well as more than 3,000 hectares of vineyards, Raventós Codorníu is one of the leading companies worldwide in winegrowing and winemaking knowledge.

Raventós Codorníu is Spain’s oldest producer of wines and Cavas and is a symbol of continuity, innovation and of remaining true to its origins. The company has five centuries of history (since 1551) and experience that combine tradition and modernity. This has resulted in the creation of leading wineries in the respective wine regions where they are located, capable of innovating and meeting the growing demand for exceptional Cavas and wines. With close to 7,500 acres of estate vineyards and 15 prestigious wineries spread across Spain, Argentina and California, Raventós Codorníu is one of the world’s leading companies in viticulture and winemaking expertise.